I learned English from watching Clueless 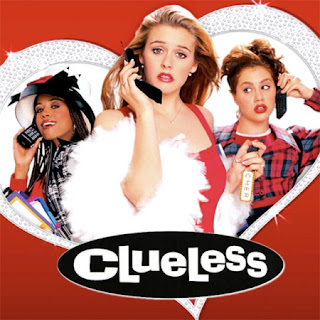 On January 11, 1996 my mother, my sister and I landed on the icy runways of Buffalo Niagara International Airport. We had taken a plane there from the tropical island of Puerto Rico. In a matter of six hours, we went from the humid heat of my beloved homeland to the arctic freeze of a Western New York winter.

I remember plunging my bare hand into a pile of snow and screaming in anguish at the freezing temperature. Snow is really just ice, you guys… did you know that?! Movies don’t tell you that. In the movies people are always comfortable wearing light jackets in the snow. They walk around with bits of white foam in their hair, which never melts into a wet mess. The streets never turn brown with slush. To me, much like all other aspects of American life, snow was pristine and pure and very much not real. That is, until I moved here.

I was eleven. The only exposure I’d had to American culture was the occasional trip to McDonald’s (which I loved) and the constant stream of movies and TV shows captured by the gigantic satellite dish in my backyard. I would sit for hours in front of the TV, watching, learning. I was fascinated by Americans. How interesting they were, how they spoke. It’s like they had a balloon in their mouths, all Os and Rs. “Rahrohs, shirations wahssaracha”, That’s what I heard. I remember actually writing down what I thought Catwoman was saying in Batman Returns and memorizing it, trying to sound just like her. To this day I can recite the entirety of The Little Mermaid, Casper (the one with Christina Ricci), Romeo and Juliet (the one with Leo, of course) and pretty much every other 90s movie to ever be shown on HBO. Little did I know that I was getting my mouth ready to learn actual English, that all that practice really paid off when I had to speak for my mother at a restaurant, or on the phone to the electric company, or yeah... even writing this very article.

The trouble was, I was assimilating to the reality of movies, not of actual America. The movie Clueless became a sort of gospel for 11 year-old me. I was a semi-fluent 10 year old when I saw it, and could understand enough to use it to my advantage. I would watch it in a loop, trying to catch all the nuances in pronunciation, Alicia Silverstone’s speech pattern, how she would go down and trail off at the end of a sentence… I thought, “this how Americans really talk. I’m gonna be so ready when I go to school there!”

This could’ve been the case had I ended up attending an upper-middle class public school in a TV show, which obviously wasn’t the case. No. After several language tests, I was enrolled in a regular, inner-city school where I was the only Latina. The ONLY Latina. Apparently I passed said language tests with flying colors, and was fluent enough to join a regular all-English speaking school. Yeah. Right.  I couldn’t understand a word anyone was saying. Not the teacher, not the students, not even the Spanish teacher (who incidentally spoke NO Spanish!).

You can imagine my shock and humiliation when I responded “As if!” to a comment someone made and said things like sporadically, crimson wave and “I’m totally buggin’!”...Yeah, they instantly hated me.

The first couple of years were complete hell. I eventually learned the real slang of my town, I copied their speech rhythms, how they pronounce As in Buffalo (it sounds like a nasal “eeeh”), I became an expert mimic and it saved my ass more times than I can count.

I wonder if actors realize that people like me learn English from watching them. Did Alicia Silverstone know all the people who would mimic her in an attempt to fit in at their new school? I’m pretty sure she was just trying to make a good movie. Do I recommend learning English from 90s teen comedies? Absolutely. Though I was wrong to think they give accurate portrayals of kids in the U.S., they’re interesting enough and close enough to the real thing to have given me some indispensable tools. I’m certain I would’ve had a much harder time learning English without the help of Cher, Dionne and Tai.

I do have to say though, watching these movies as a completely fluent adult is a vastly different experience. I’m mostly surprised at the crazy amount of penis jokes and sexual innuendo that permeates kid-friendly movies. Seriously, you guys. I had no idea. Case in point: 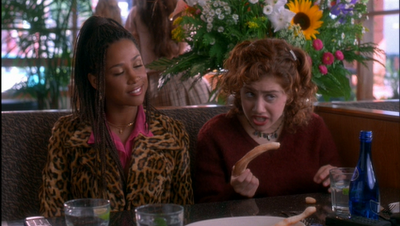 “As long as his you-know-what isn’t crooked. I really hate that…”

Email ThisBlogThis!Share to TwitterShare to FacebookShare to Pinterest
Labels: humor, Movies I Love 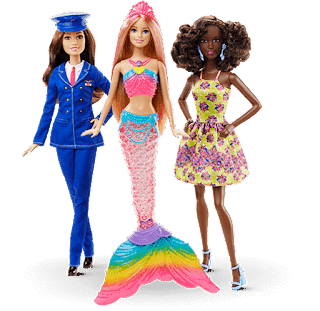 While perusing a popular women’s magazine the other day, I came upon an article exploring the role of women today and society’s expectations of us, if any. The author recounted a conversation she’d had with a friend over tacos. Apparently, after she’d finished eating her admittedly oversized burrito, her companion said something like, “Wow, I’ve never seen a girl finish off an entire one of those before.”
This comment threw the female writer into a downward spiral of indignity. In her article, she posed questions regarding women’s perceived expectations, the typical “bad if you do, bad if you don’t” scenario. She spoke of heels vs. flats, short skirts, too heavy vs. too thin, and how women are basically shamed no matter what they choose to do. If you want to be a housewife, you’re shamed for not wanting a career. If you want to forego marriage in favor of a career, you’re shamed for not wanting to settle down.
While reading this article a surge of anger flowed through me, not at the implied injustice of society’s expectations, but at the fact that an innocent comment by a friend could trigger such an impassioned and deep-seated sense of powerlessness within a human being.
Everyone is entitled to their own opinion, it’s what makes our country so great. Maybe instead of obsessing over people’s mindless comments on our behavior, we should focus on living our lives according to our own set of values. I’m not saying this is by any means an easy task, but it’s the only way to find true happiness.
I offer all young adult women (including myself) the following advice:
1) You’re a woman, and being a woman is great! Why would you ever want to hide that? Just to disprove other people’s preconceived notions? You’re not responsible for the entire world’s view of femininity. That’s too heavy a load for any of us to carry.
2) Everyone has an opinion about everything, including you and me. While we should respect everyone’s right to their own opinion, living your life and making choices based on what they may or may not think of you is a true waste of a life. People will think what they think, and there’s truly nothing you can do about it. So wear those heels or wear flats… as long as it’s what you want, not what you think other people expect.
3) Maybe when someone comments on your eating prowess, or the height of your heels, or the length of your hair, they’re simply making a comment. Most people never mean to hurt someone’s feelings, or belittle them. They were just making an observation. On the rare instance in which someone is actually trying to push your buttons, it reflects negatively on them, not you. If someone is so miserable that they need to point out something in a derogatory manner in order to shame you, then maybe that person isn’t worth your time.
The bottom line is, we all need stop trying to control people’s perceptions and just live. We should live the exact way we want to live. Whether that means fitting into traditional gender roles or not.
Just do what you want! Be brave, be you. Bake a pie, wear a fluffy skirt, join the military, stop wearing make-up, get some thigh-high boots, build a bookcase… None of these choices make you more or less of a woman. They make you uniquely you. (mic drop)
Posted by Ana Lugo at 3:13 PM No comments: