Dark Souls II is the best Souls game ever made, and I'll tell you why. 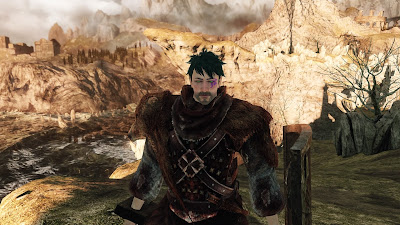 Dark Souls II has for years been criticized as the worst of the Souls games. It's been described by disappointed game critics (reliable ones at that) as the worst Souls game, but still better than most other games.. What does that mean?

For this reason, and after watching some of its gameplay, I refrained from buying it for years. Even after playing Demon Souls, Dark Souls and Dark Souls III, I still had reservations about it. I was aching for more Souls, but I couldn't get past all the bad reviews. What if it was so bad it just ruined my entire image of the Souls franchise?? Even after the PS4 remaster came out, I was still a bit weary.

That was until a few weeks ago. I was in a real game drought - Destiny was basically recycling its old content (again!), Overwatch had become a bit stale after the Year of the Rooster event, and I was just sitting around, meandering in the world of Lumo, mildly amused.

Then I saw that the remastered Dark Souls II version was on sale at the PlayStation Store for like $12 (don't quote me on that, I just know it was real cheap!). So I took a cautious plunge, and bought it.

I was instantly enchanted by it. It retains the soul (pun!) of a Souls game, while cultivating its own style, tone, and sense of humor. It doesn't take itself as seriously as other Souls games, which I really appreciated! I particularly liked the randomly hilarious NPCs you sometimes encounter, like the running guy in Huntsman's Copse (watch out for him! He'll just run in circles around the map for no reason), or the Undead that laugh at you, and continuously rub the ground as you walk by:

As I sit on the latter end of 29, I’m forced to reflect on this past decade. Here’s the truth: My 20s stunk and I am damn glad to be turning 30. Glad glad glad! We are always told that our 20s are awesome and “the best time of our lives.” Let me tell you, that is complete nonsense. Anybody in their 20s can attest to that. I will now share with you the worst moments of my 20s in chronological order. These are the reasons why I simply cannot wait to finally be done with this God forsaken decade.

Yes, this happened. It is emblazoned in my memory like a bad burn scar. I had been shopping the day before for a school girl outfit with which to surprise my then boyfriend. It was going to be a playfully romantic night of role play. That is, until he walked with me to our college library and proceeded to break my heart into 1,000 individual pieces.
I remember it rained as I sobbed walking to my car. I was wet and freezing and more miserable than I’d ever been.
I kid you not, I saw a pink heart-shaped mylar balloon floating away in the sky and thought about who else might have had their heart broken that day. I continued to ugly cry all the way to the parking lot.

Your 21st birthday marks the first time you can legally walk up to a bartender and order a drink. It is a time for celebration and wildness. A time for going a little nuts and doing something you might regret. None of these things happened to me.
I was a pathetic, still heart-broken lady who wore her new moosehide boots to the same bar she’d been attending for over a year. No party, no club, no sexy time. Just me, my screwdriver and my gorgeous new boots. I did love those boots, though.

After college graduation, I was filled with an overwhelming fear of the future. What the hell was I going to do now? I spent my entire life in school. All I knew how to do was study and take tests. I was an expert memorizer. That’s a crucial life skill, right? No. No, it isn’t.
So what does one do when one is lost and qualified for nothing? One moves to a strange city where one knows no one and has no prospects for employment. The perfect plan.
I spent two years wandering around Chicago doing everything from walking dogs to unsuccessfully asking people to stop taking flash photographs of the fish at Shedd Aquarium. By the way, please don’t do that. It freaks out the fish.

I came home from Chicago thousands of dollars in debt and with not a cent to my name. What followed were several failed attempts at finding gainful employment. I ended up walking dogs again and flirting with the very real possibility of a nervous breakdown.

The pressures of adulthood are enough to drive anyone crazy. That, coupled with the fact that I was seeing a therapist who was 10 times crazier than me, landed me in a psych ward on suicide watch. I was not suicidal, you guys! Sad? Yes. Confused? Yes. So I went to see this therapist whom I thought might help me improve my outlook on life. As it turns out, it was a terrible idea.
He was old. Senile old. And he got this terrified look on his face when I told him what I was feeling. He said nothing, and told me to go to the hospital to talk to a doctor there.
What followed were the worst 24 hours of my life. I was put in a room with a lady who kept agreeing with anything I said (“You’re from where? Me too!”) and was convinced someone was stealing blood from her in her sleep.
By the time I got a hold of a real doctor, it only took about ten minutes to get me discharged and out of there. The lesson? Don’t go to crazy old psychiatrists. If they look at all like Doc Brown from Back to the Future, run out of there as fast as you can!

The day I turned 27 I FREAKED OUT. I was now in my late 20s and had accomplished none of the imaginary milestones of adulthood. You know, those things you’re told will make you a worthy human adult. Things like marriage, kids, a respectable career? I had none of those. I was 27. That’s practically 30. I totally sucked at this grown-up thing.
It took me that entire year to figure out that all these traditions are absolutely not necessary to be happy. In fact, they’re a recipe for disaster if you do them for the wrong reasons.
The worst thing you can do is get married and have kids just because you think you’re supposed to. That’s going to end up in divorce. I promise you.
The freedom to do what you want to do. It’s just about the only good thing about being a grown up. Don’t squander that just to alleviate societal pressure. You don’t need to be married, and you certainly don’t need to have kids. Do these things only if you really want to.

This is how I felt on the inside. All. The. Time.
In reality, the bulk of my 20s were filled with crippling insecurity. I didn’t know who I was or what I wanted. I walked around in a near constant state of panic. This panic was only made worse by the pressure to seem like I knew what the hell I was doing. I was an adult now, after all.
The truth is, when you’re a 20-something, you’re nothing more than an overgrown kid.
You spend your teenage years being told what to do, being controlled and stopped at every turn whenever you try to make a choice, and then you turn 20 and suddenly you’re supposed to be an expert at life? Who is the sick bastard who thought of that?
I’m 29, and just now am I starting to get the hang of this whole life thing. So don’t worry 20-somethings, you’re not alone. None of us know what’s up in our 20s, even if we act like we do.
Just have fun when you can, try to breathe and get through it. Your 30s will come soon.
Posted by Ana Lugo at 12:40 PM No comments: